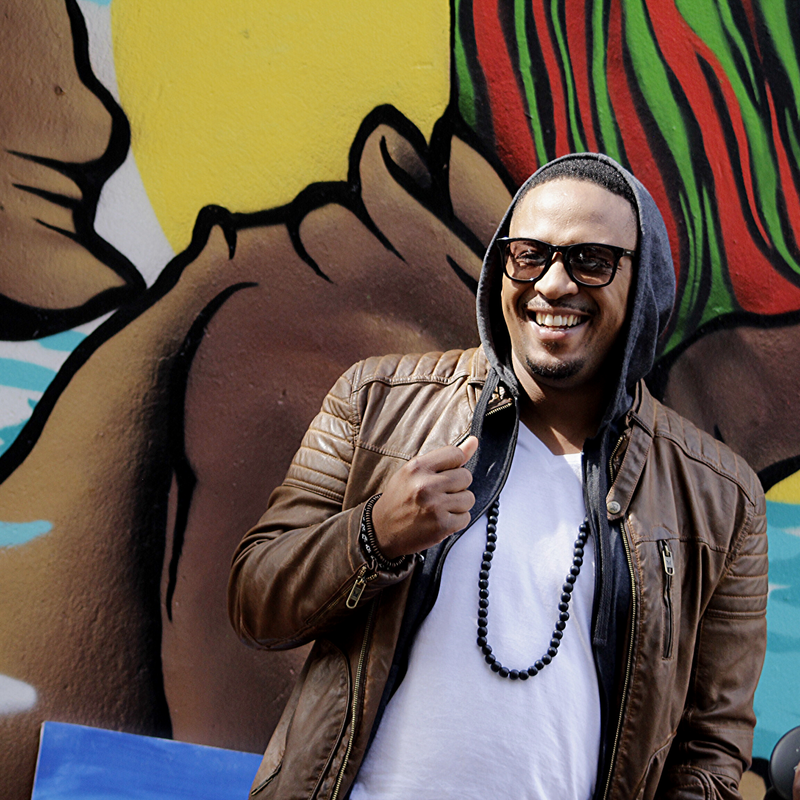 Brian Temba is a musician, singer, songwriter and actor, originally from Soshanguve, North of Pretoria (Tshwane). He began his music career as a backing singer for different artists including; Hugh Masekela, Jonathan Butler, Vicky Vilakazi. He was part of trailblazing groups such as Joyous Celebration, Family Factory and IV U (For You).

2011 for a year, to join The Lion King-Mandalay Bay, Las Vegas cast in the USA.

Hop Opera where he was the lead actor. The campaign was about the

awareness of the rising knife and gun crime in the UK.

• He also embarked on this acting passion of his, playing the leading role of

Ranthomeng on the Popular Soap Opera on SABC 2, “Muvhango”, which

has expanded the Brian Temba brand nationally and his experience on screen.

• Brian Temba had a chance to appear on one of America’s Famous talk shows,

• Has been involved in various soundtracks locally and internationally for movies

such as Pride (starring Terrance Howard and Bernie Mac), Tears of the Sun

where he was paired with songstress, “Moneoa” for the song titled “The Clock”,

Which aired on ETV.

Brian has done a number of recordings with Joyous Celebration between the years,

1998-2000, and recorded a reunion show with Joyous Celebration at Moses Mabida

in South Africa. Brian has shared the stage with international artists like, Ne-Yo,

Rahsaan Patterson, Anthony Hamilton, Kenny Latimore and Goapele. He Shared the stage with the Likes of Tyrese Gibson at the Naacp Function held in New Orleans.

Brian was involved in the Live DVD recording of the Gospel Album by Roger and Sam Grandison, where he featured in the song, “Awesome Wonder”

What Brian Temba is Doing Now

Brian Temba is Celebrating 20 Years in the Music Industry with a hashtag #celebrating20years. Brian has not only owned the right to be called the Patriot of

R&B Music in SA but also one of the people that stuck to R&B when many artists who belonged to the R&B Genre, fell off the band-wagon along the way, but he is and has always called himself an R&B artist and it does not seem that anything will be changing anytime soon.

Brian Features on a lot of House Music songs and undoubtedly brings his R&B flavor to everything he features on. Known songs like “All I am” by Sir LSG, “Tipsy” By DJ Miza, “Come Join In”&“Take My Hand” By international DJ Simbad, and “Never

Thought” By Chymamusique, Man Of Summer, by London DJ, QB Smith, and

Recently, “Higher Place”, by DJ Miza. Brian is currently working with new exciting artists, Like Ngwato Mapalakanye, who is a house Guitarist, who released the Hit, “All I Need”, in 2019.

first time, on a project he has been trying to put in to works; A tour to reach his fans and do what he loves most by performing around the country. Not only to promote his 3 album Discography, but to also record a Live DVD for the first time.

With all the experience of 20 Years and being around big Movie music scorers Like Hans Zimmer and Lebo M, Brian has had a dream to venture into the movie scoring business, and as a result, he has been approached by movie makers, for him to score and produce music for multiple movies. He recently worked on a movie by Kagiso Modupe named “Losing Lerato”, out in Cinemas Nationwide Now.

Brian Always wants to show appreciation to everyone that has been involved in his music journey, loyal fans both nationally and internationally, media houses and radio stations that have always played his Music.