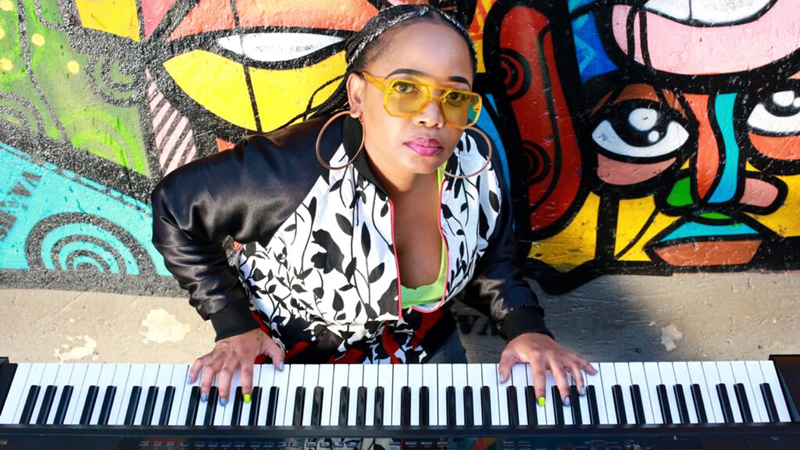 She started playing the classical piano at a young age; taught by a Jewish pianist Bella Jellin. She studied contemporary music at The National School of Arts then went to on to study Jazz (majoring in Piano) at Technikon Pretoria. She joined a band called Massive Re-Action which performed around Gauteng and did a lot of corporate gigs, she also joined another group later on called EVERGREEN; which specialized in Acid Jazz. She has also worked with the best in the music scene as a session musician to name a few: SELAELO SELOTA, NTSIKI MAZWAI, HHP, MORAFE, PSYFO, DJ KENT, and DJ SAI n RIBATONE.

Busi has progressed by leaps and bounds, having played at the following venues:

She has also been part of a couple of concerts around the country, and played alongside the following djs:

She has also been a guest on the SABC1’s popular music show LIVE and on lifestyle show SHIFT, and also been hosted on DSTV’S VUZU CHANNEL 123. She performed at the launch of 'The Nandos Concept Store' situated at the Maponya Mall (Soweto) where she opened for the Legendary Ladysmith Black Mambazo.

She is currently the pianist for female band Basadi Women of Jazz, having travelled the world with them (Algeria, Egypt, Jordan, Paris and Kenya to name but a few).

She is an adjudicator at the annual Umbele Wethu Cultural Festival (A festival hosted by the Department of Arts and Culture held in the Northen KwaZulu Natal) which is aimed at unleashing fresh talent in the province.

She is currently working with Dj Fingers with whom she has performed with at Moyos in Durbans' Ushaka Marine, Barrios in Umhlanga, Max’s Lifestyle, Eyadini in Umlazi and a few other places in KZN. They recently performed at an annual picnic in Ulundi (KZN) where Dj Fistaz was the headliner. Dj Fisatz uploaded a clip of them playing together; the video went viral on social media and is still getting reviews to this day. It received more than 1 million 900 thousand views on social media.

She recently joined a huge line of accomplished artists and performed at the annual Smoking Dragon Festival which takes places on New Year's Eve in Underberg KZN where she performed on the Mainstream stage and the crowd could not get enough of this young lady.