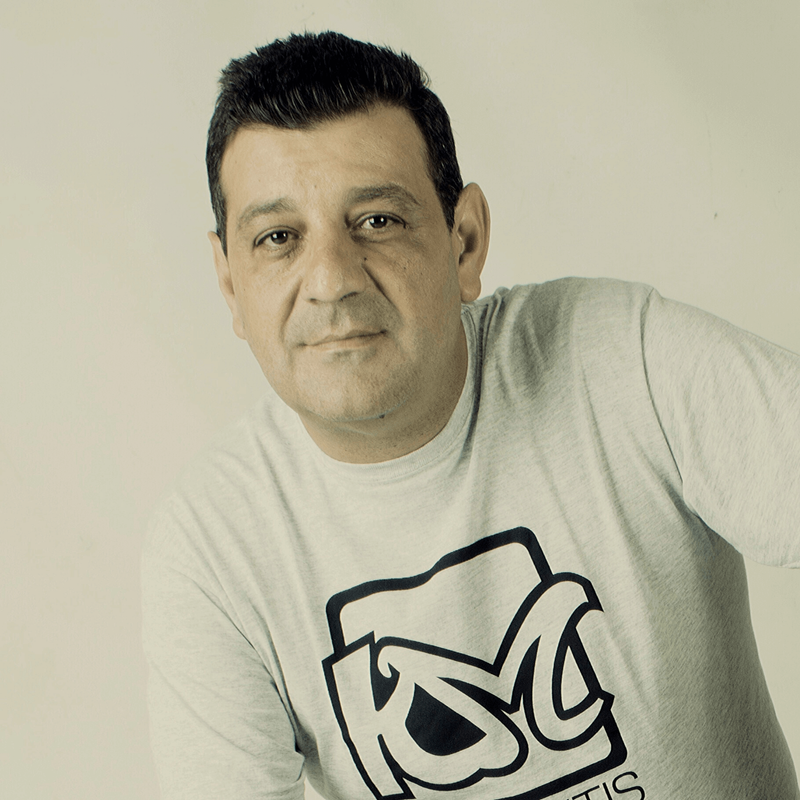 DJ Christos is a legendary DJ and one of South Africa`s most respected house producers, widely credited for laying the foundations for the SA dance scene’s still-flourishing platform. Often called the country’s “Godfather of House”, Christos Katsaitis was one of the founders of the Kalawa label and via this and his own Katsaitis Music he’s been responsible for releasing some of SA’s most groundbreaking artists, including Black Coffee ,Boom Shaka, Lebo Mathosa, Shana. As a producer he’s worked on classical like Boom Shaka’s “Free”, DJs At Work’s “Hey DJ” and Shana’s 2008 smash hit, “Uyangichomela”.

Christos also produces deep Afro-funk alongside Vinny Da Vinci as DJs At Work, and they won a SAMA in 1998 for Best Dance Album. Christos has since picked up a further four SAMA statues.

Christos Katsaitis Music has hooked up with top international partners like Real Tone Records and GOGO Music, and has become the leading DJ agency in South Africa, representing the likes of Rocco, Monique Bingham. Christos has also played with the likes of Louis Vega, Frankie Knuckles, Mr. V and Dennis Ferrer.

Christos who’s been in the music industry for 29 years in April 2015 has released “Musical Journey” which consist of track that he has release since the early 90’s including Boom Shaka, Crowded crew , Bob Mabena and many more.

Christos is currently on Metro FM every Friday with long time partner Vinny Da Vinci doing the Urban Beat for the 12thYear.

This is the biggest dance show in South Africa and it keeps getting stronger every year.

Dj Christos has teamed up with Lady Sakhe and formed DSS – Deep Soul Sensation and this has been a groundbreaking specialising in Deep Soul & Jazz sounds with residencies at several establishments.