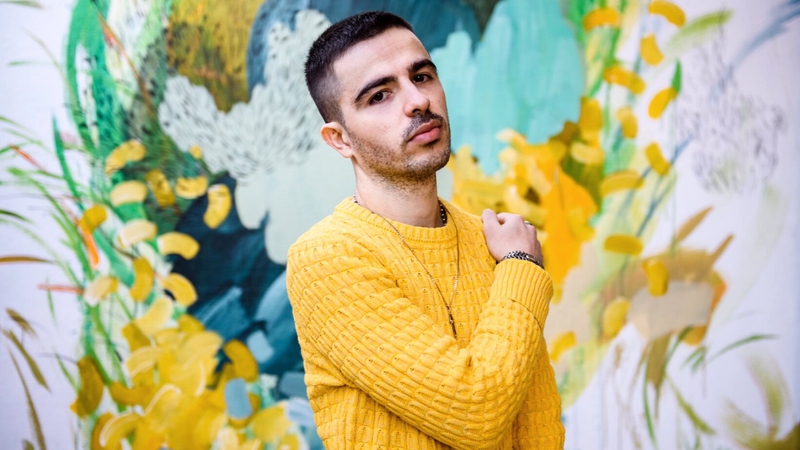 Jullian Gomes was born and brought up in the Republic of South Africa listening to Soul, Latin and Kwaito, before discovering House Music at the tender age of eight.

Since his first gig in 2003, his career has travelled only upward, and his love for production and skillset grew steadily with it. Alongside cousin Michael G, he began the G. Family collective and has released on top South African Independent labels including: Soul Candi and House Afrika, which was followed shortly by records on influential international labels such as Realtone Records, Foliage Records, Atjazz Record Company and Seasons Limited.

In 2010 he stepped off the shores of his home continent to participate at the Red Bull Music Academy, which took place in London.

He has since then been invited to play at several local festivals including: Oppikoppi, Rocking the Daisies, Cape Town Electronic Music Festival and in 2011 he was invited to play a dream slot at Sonar Festival 2011 in Barcelona, one of the most highly regarded music festivals in the world.

At 23 years of age in 2012, Jullian picked up his first MTN South African Music Nominee, when G. Family’s album “Break the Silence – Deep Chronicles 6” was nominated in the category “Best Dance Album”.

Deciding to take a break from the G. Family collective in early 2012, Jullian Gomes released his solo debut single “Love Song 28” (Feat. Bobby) as well as his second single in collaboration with Atjazz titled “Overshadowed”.

2012/2013 also saw Jullian Gomes remixing for artists like Black Coffee, The Layabouts and British Soul legend Omar as well as working on remixes for Defected Records, Ralf Gum & Atjazz. Early 2013 saw Jullian pick up an award for the video of “Love Song 28” (Feat. Bobby) at the Metro FM Awards.

Rolling with UK veteran and influential industry stalwart Atjazz and his Record Company in 2013, Jullian Gomes and Atjazz collaborated on their album “The Gift The Curse” which was seen as one of the most interesting hook-ups in modern house music. The album also featured artists such as Osunlade, Robert Owens, Wunmi, Zano, Clive Astin and John Agesilas.

The success of his releases worldwide has afforded him the opportunity to travel and perform in parts of the world such as: Barcelona, London, Amsterdam, Paris, Berlin, Stokholm, Sierre, Tisno, Tokyo, Dubai, Swaziland, Namibia, Mauritius, Mozambique and South Africa.

2016 saw the release of “Late Dreamer” the debut album by Jullian Gomes. Late Dreamer debuted as the No. 1 Dance/Electronic album on iTunes South Africa on the 30thSeptember 2016 and is unmistakably the sound of ‘Jullian Gomes’ – wonderfully laid back, thick chunky beat ridden soulful house music featuring some incredible talent. From the teachings of the wonderful wordsmith OVEOUS, to South Africa’s most celebrated female in dance music ‘Bucie’, Liquideep’s ‘Ziyon’ and talented Lazarusman, Daev Matian, Sio, Kabomo, Bobby, Sarai Jazz and Martin Iveson. A clear and well thought out collection of songs, that together make a warm and attractive addition to the world of electronic soul music.

The album started out its life in a spark of realization with Jullian’s mind working in overdrive thinking way back to a time where it started for him. Working his day job to make his daily bread and thereafter falling asleep in his home studio in the dark of night pushing to carve his musical career. Waking up one morning ‘late’ to go to his day job, he asked himself the question “What am I late for?” this led to Jullian’s priorities shifting wildly planting the seed that he may be too late to follow the dreams he had for all these years. The album and indeed Gomes’ whole musical career is the biggest leap of faith he has ever taken and it sure has paid off. Jullian may be in his own eyes a ‘Late Dreamer’, yet he has proven time and time again that dreams can come true if you believe.

2018 saw Jullian Gomes reign from Stay True Sounds and started his own label “World Without End” early in the year and November brought the release of “Big Bad Crazy”. Following on 5 years after their exceptional debut collaboration “The Gift The Curse”, Atjazz & Jullian Gomes hit a home run with an incredible collection of audio artwork that was “Big Bad Crazy”. Debuted at No. 1 on the iTunes South Africa chart as well as on Traxsource Top 100, the album was well received worldwide.

His inclusion into such prestigious and notable occasions is a testament to the hard work and many years of plying his trade as an avid music fan, producer and DJ. Jullian Gomes is on an eternal quest to widen his musical horizons with shuffled claps and electronic soul.