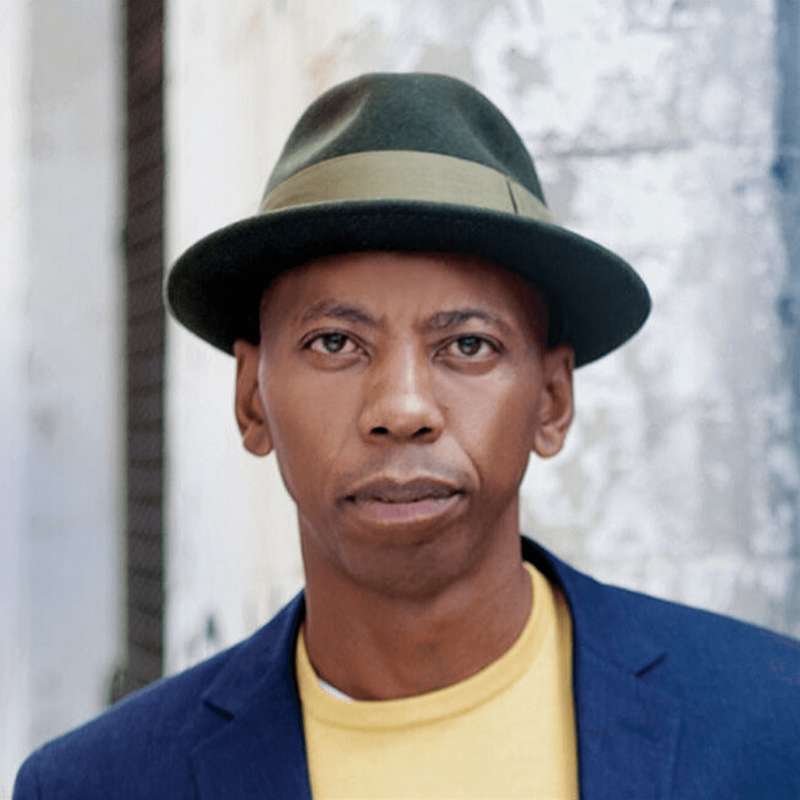 Neville Moeletsi aka Nastee Nev has establishing himself as South African melodic house’s most valuable player. And he’s doing it through honest graft and a deep appreciation for quality music.
And all this from inauspicious beginnings in the township of Ga-Rankuwa outside Pretoria. He grew up in a musical family – his father was forever playing the likes of Bob Marley, The O’Jays and jazz - and he started DJing (using cassettes) in high school before matriculating and going on to do computer studies.

Through Positive K, Nev got into spinning vinyl and, in 1995, got a break at Archie Bold, a club on Ga-Rankuwa. Given the warm-up set he played kwaito and slow jamz, but his predominant influences were always harmonious house cats like Quentin Harris, Jovonn and Louise Vega. He later landed a residency at the legendary Gemini, where he played alongside the prolific DJs At Work duo and Bob Mabena.

It was the late ‘90s and Christos’ “Wicked Sound” was in full effect. That spinner and the likes of Vinny da Vinci were also laying down a blueprint in Tshwane clubs like Ellesse and Gemini that would spawn a generation of deep dance fans and – more importantly – a golden era of producers. Nastee Nev was among them.

Nev began honing his production chops in 2002 and while he had only rudimentary instrumental skills, he surrounded himself with people who could lend his music the harmonious air he required, including the likes of Sam C, a session muso who’d spent time with the likes of Blondie Makhena and Miriam Makeba. This had an unintended consequence: at a time when brasher beats were in vogue, Nev was told his sound was “too deep” by a couple of labels.

That didn’t stop him though and by 2007 he had an album – ‘Private Lessons’ - out on Motswako Underground that featured remixes by Abicah Soul and Demarkus Lewis. A rich period followed: he followed up his debut with ‘A Gift of Dance’ and worked with Kafele Bandele, Afrotraction and Andy Compton

He also remixed DJ Christos' remake of Brenda Fassie's "Weekend Special", featured on Kanunu's excellent 'Soul Meditation' compilation and recorded for 2lani the Warrior's Do It Now label (alongside the likes of Charles Webster, Collective Spirit and Deep Xcape). Nev then made a huge splash with the hit track "I’m So Hung Up on You" with Donald Sheffey, a staple for months on stations like Yfm and Metro.

He then hooked up with House Afrika for the release of his most fully-formed project, the ‘0808 Sweet Soul’ album, which spawned another monster collaboration with Donald Sheffey, “Take Me”, and the album as a whole was raved about by critics. So much so that House Afrika are reissuing it as a double-CD with a bunch of bonuses.

The two discs are mixed by Nev and include the originals, new tracks including a collaboration with house legend Robert Owens titled “One With The Dance” and exclusive new versions of classic Nastee Nev tracks like “I’m So Hung Up On You”, and “Our Time Has Come” with Keith Thompson. Like the original incarnation of the album it’s a game-changer, and it seriously seals Nev’s credentials.

The 0808 Album went gold. And it won the Metro FM Music Award for Best dance Album of the year 2014.