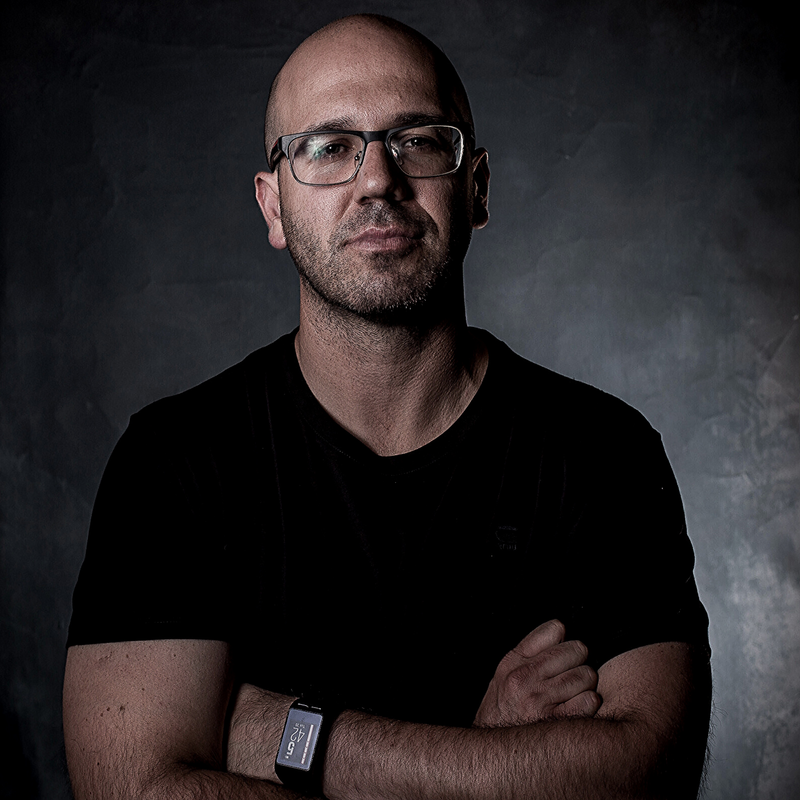 Ricardo da Costa knows a thing or two about what makes a dance floor tick - master of the addictive morphing bassline and a pounding kick drum, his fusion of electro, tribal and tech house has marked him as one of the most significant DJs to emerge from an already illustrious era of innovators. He is one of the most prominent and accomplished figures in South African dance music— his credentials read like every DJ’s daydream but, above anything else, what shines through is the fact that Ricardo da Costa has tirelessly followed his passion for dance music and it is this potent passion that permeates all his endeavours.

A true musical maverick, Ricardo da Costa succeeds at whichever role he decides to take on– the constant element being dance music. Director of South Africa’s most well-respected dance label by day (Soul Candi Music) and a highly sought-after DJ by night, Ricardo’s world revolves around music—and it’s clear that he’s got all bases covered.

His longevity and presence owes not only to the undeniable quality of Ricardo’s sets: his ability to meld the hypnotic, funky and raw into thumping, soul-shaking soundtracks but also to his constant drive to be at the forefront of global trends. His special gift for finding dance-floor diamonds has led to some of the most successful dance releases in South African music history. With a growing repertoire of highly-successful releases behind him— (nine to date and the tenth on the way) Ricardo has consistently

Chances are, if you’ve been anywhere near a dance-floor, you’ll have heard his name or heard his distinctive style of House. A quick rewind takes us to the nineties when young Ricardo was inspired and captured by the sounds of groups like 2 Brothers on the 4th Floor, Cappello, Nightcrawlers, Culture Beat and the iconic band, Depeche Mode. A year or two later, Ricardo was seduced by the burgeoning house scene and his DJ career began to take root. In 1994, at Azurri Cafe, Ricardo’s skills first registered on the clubbing radar and he’s never looked back. Fifteen years later Ricardo has headlined at virtually every nightclub in South Africa, from Flyhouse, Bump, Tramps, DNA, Therapy, ESP, Nexus, Opium, 52 Parliament, Taboo, Origin, Trinity,Truth, Aruba Lounge, to Nicci Beach and many more.

Ricardo is no stranger to the sprawling madness of festivals either, rocking thousands at Urban Wave (David Guetta, Dubfire, Sharam), Kiss, Sound Factory, ICE, Woodstock, Fu-Cha Gathering and, of course, his long-standing residency at Africa’s biggest dance music festival, H20. It’s here that Ricardo has fuelled a massive 18,000 crowd with his magnetic blend of beats. When Ricardo Da Costa gets his groove on, he grabs your soul and won’t let go.

The demand for his skills has spread to neighbouring state Mozambique and has led to globe-trotting expeditions where he played at some of the world’s best international clubbing cities and festivals. 2004 saw Ricardo fly to Dubai where he rocked club Oxygen; in 2007 he hit Germany’s legendary Love Parade (1,2 million people) and this year his UK tour included gigs at Ministry of Sound, Hoxton Pony, Zulu Bar.

Not content with playing at other people’s parties, Ricardo and partners conceptualized and realized an event at South Africa’s premier night-club, Truth. For two years running the wild and colourful ‘Electric Circus’ parties have pulled well over 3000 of Johannesburg’s dancefloor devotees— a testament to Ricardo’s role as a party-starter, trendsetter and industry mainstay.

Behind the public persona, Ricardo is a genuinely vital guy with compelling, almost tangible charm. Untouchable in his power to communicate to all people, Ricardo da Costa walks the walk and has truly earned his place among the scene’s leaders. In fact, if there’s one word that exemplifies Ricardo da Costa, it is leader. Whether as a DJ, producer, promoter or label manager his dedication and vision knows no boundaries.