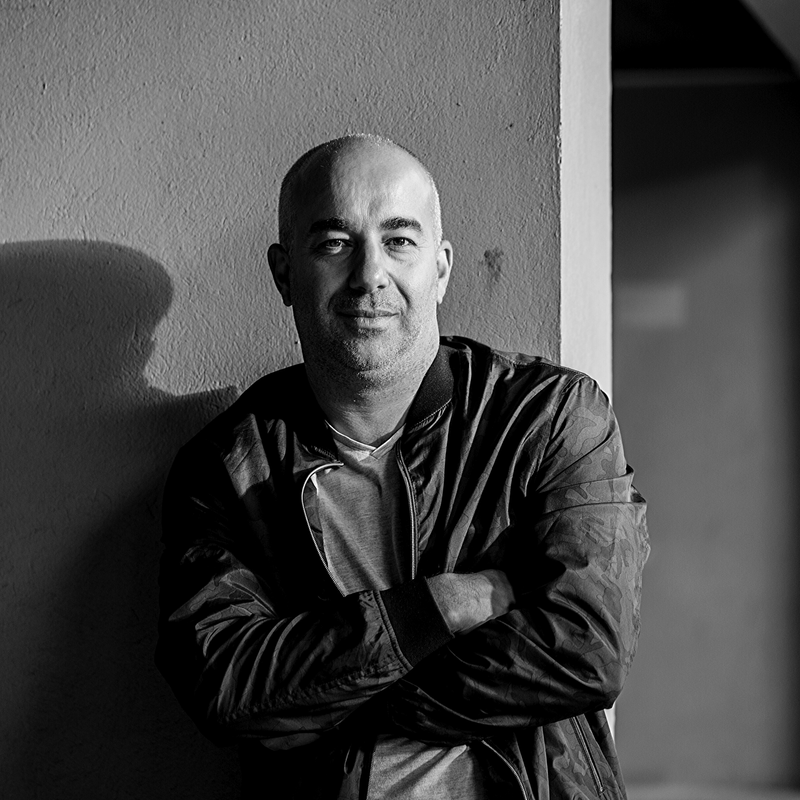 After a stint in Portugal, Rocco Rodamaal teamed up with Alex Santos and Manoo in 2001 to form RODAMAAL. The group quickly got a lot of attention and caught the ear of Ben Watt (from Everything But The Girl) who was starting his Buzzin’ Fly label at the time. Various EPs and singles for Buzzin’ Fly followed but it is the ‘Insomnia’ single - remixed by Âme - that is definitively the biggest single for Rodamaal, and it remains a Deep House classic.

While still working with his friends from RODAMAAL, he started to release solo projects on various prestigious labels like Freerange, Buzzin’Fly, Defected, MN2S or Real Tone.

The single "Someday" - released on Real Tone, Franck Roger's label - propelled him as one of the major artists on the Deep House scene. Following the success of his singles, Rocco Rodamaal travel the world as DJ, sharing a unique sound combining Deep House, Techno and Classic House.

Chaining remixes, original productions and DJ sets around the world, Rocco Rodamaal has seen its number of fans increase considerably, especially in South Africa where it is not uncommon for Rocco to perform in stadiums facing 30,000 people.

It was on a South African label that Rocco Rodamaal released in 2013 his album entitled 'The Bridge', album by which he made the connection between Europe, South Africa and the USA thanks to international collaborations.

”TBT3” and “Be Quiet” were released on Krome Records and Tinnit Music, Klement Bonelli’s labels. Laurent Garnier, who has always supported Rocco Rodamaal's productions, included ‘TBT3’ on his compilation for the English magazine DJ Mag and ‘Be Quiet’ during his set at Time Warp Festival 2017.

It was in 2017 that he launched his label 'MEMORIES' with his revisited title of 'Someday' which remained more than a month N°1 of the best sales on Traxsource and which allowed Rocco Rodamaal to be elected best producer of the year in the Deep-House categories.

2018 will be marked by his numerous remixes of for Foliage by Nathan Haines ‘Earth is The Place, Defected by Chez Moon‘ Midnight Love ’, Classic Music Company by Soul claps Feat. Robert Owens ‘Misty’ or the famous label by Kerri Chandler Mad-House Record by Kamar ‘I Need You’

It should also be noted that one of the most played titles all summer 2018 by Black Coffee is also a remix of Rocco Rodamaal by artist Cee El Assad ‘Sacred Chant’.

Rocco continues to be emulated in particular during his very noticed set during the Suncébeat Festival 2018 in Croatia and has never stopped being asked to play across Europe and the rest of the world ...

In August 2019 he released on his label a 1988 New York House classic track known worldwide that he revisited ‘Break 4 Love’ with singer Keith Thompson.
He deliver a completely contemporary version with Keith's freshly new recorded vocals without betraying the timeless feel and original spirit of “Break 4 Love”.

To close this wonderfull 2019 year, Rocco released, on december, a tribute to his work by the most prolific house music producers in South Africa, Enoo Napa who remixed Rocco Rodamaal Feat Akram « Working Hard » with his heavy, raw afro, electronic infused touch!