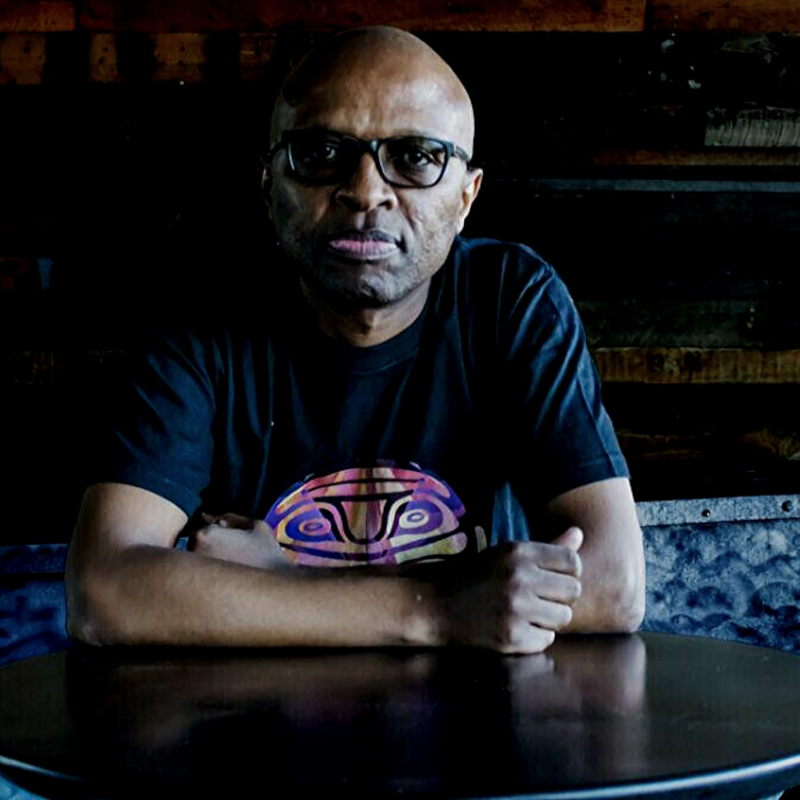 With over two decades of deejaying under his belt, Vinny Da Vinci is one of the most important figures on the South African Dance Music scene.

Vinny has helped galvanize Deep Underground club culture in his various guises: as a partner in the power house House Afrika Records empire; as compiler and executive producer of their top-selling compilations; as a producer alongside his long time friend and partner, Dj Christos in the groundbreaking Djs At Work projects; also once co-owner of the classic Pretoria nightclub Carnalita; as a deejay on the leading edge of the underground house scene; and also curator of the music on the weekly Dance show on Metro FM, The Urban Beat (Fridays 22h00 – 02h00) since April 2009.

Raised in Pretoria (Atteridgeville & Mabopane townships), Vinny began buying vinyl after watching his mentor, Atteridgeville’s Dj Correy, blend vinyls on a pair of Technics turntables at a club called Ship Ahoy (one of the first clubs in Mabopane) in the late 80s. He got his break when the resident Dj from another club in Soshanguve (a township in Pretoria), Cherrys, failed to pitch up and he was asked to stand in. He impressed the owners immensely and landed a residency, later quitting his day-job at a clothing store to become a full-time Dj.

Vinny then did stints at Club Gemini (another club in Pretoria that changed the face of music in South Africa). Gemini at the time was an institution that was instrumental in breaking house music locally - and at Cherrys, then he hit Johannesburg, securing a residency at a small joint called The Arena in Hillbrow in 1994.

During a period of radical political and musical change that included the emergence of kwaito and “bashes” that hosted anywhere up to 20 000 attendees, Vinny formed a friendship with a Deep House spinner called Dj Christos (then resident at Caesar’s Palace in Braamfontein) which culminated with the formation of production unit Djs At Work in 1998 – their intention: ‘to change how people look at music in South Africa’. Over the course of some critically acclaimed, platinum-selling studio albums and a slew of top-notch deejay mixes, they’ve certainly done this.

Vinny became a partner at House Afrika Records in 1996, with house music enjoying a resurgence of interest, thanks to the arrival of YFM. House Afrika began releasing landmark CD compilations like Dj Fresh’s ‘Fresh House Flava Volume 1’, and Vinny assisted to oversee these pulsating projects whilst handling a deejaying residency at South Africa’s equivalent of the Paradise Garage in the USA, Club Ellesse in Pretoria. Djs At Work were a permanent fixture at Ellesse, the driving engine of local house culture at the time.

He has also played in clubs across South Africa and in neighbouring African countries like Lesotho, Swaziland, Botswana, Zimbabwe, Mozambique - even North Africa – and has wowed crowds annually in Ibiza, Spain since 2000 when he debuted at the legendary night club, Pacha (he’s made annual pilgrimages to the Winter Music Conference in Miami since the same year). His skills also secured him mini tours of Europe (Ibiza, Mallorca, London and Zurich).

Back home, some of his ventures included his concept club nights, Deep Soul Sessions, which he hosted at the uber-underground haunt OneOneFive downtown Johannesburg. These nights awere widely regarded as some of the best club nights in the country’s history.

Vinny has also formed a collective with SA’s legendary Djs Oskido, Christos, Fresh and Greg ‘The Maestro’ Maloka called DJU (United DJs), and their focus is mainly on event youth empowerment - giving tips, tricks and their experience to the younger generation, ensuring a solid future for the South African Dance Music industry. Foremost among their projects is the annual South African Music Conference, which they’ve hosted since 2005.

But it’s still as a Dj that Vinny Da Vinci is best known, and it’s an arena in which he’s amongst the top of the pile - revered for spinning a brand of individual house that’s simply fathoms deeper than the competition. Continually educating and entertaining his audience through his dj sets, he’s played alongside most of the biggest visitors to South Africa, including Louie Vega, Frankie Knuckles, Dennis Ferrer, Charles Webster, Alix Alvarez, Mr V, Alexkid, Frankie Feliciano, Kenny Dope, Franck Roger, Jojo Flores, Jazzy Jeff, Jef K, Rocco, Manoo…(the list is endless)

Vinny’s dream of ‘changing the face’ of music in South Africa is realised by the day and there’s still a lot to come. Vinny Da Vinci also has a TV show called Vinny’s House on DSTV’s Mzansi Magic Music channel where he extends his djing skills and knowledge of Dance Music.

The sky is definitely the limit for the legendary little maestro.